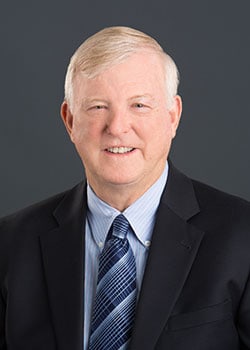 Dr. Timothy Hale is a native Texan and graduate of Texas A&M University.  In 1980, he earned his Doctorate of Dental Surgery at the University of Texas Dental School at San Antonio.  His career began in the US Army, where he served a one-year General Practice Internship in Dentistry.  Afterward, he began a series of duty assignments, practicing throughout the United States and Europe.  In 1987, he entered the army's Periodontal Residency at Fort Gordon and The Medical College of Georgia.

After graduating with his certification in Periodontics, Dr. Hale served as an assistant periodontal mentor for the General Dentistry Resident Training Program at Fort Knox.

He moved to Houston after being named an Assistant Clinical Professor, teaching periodontal residents at the UT Dental Branch at Houston.  He has been in private practice in the Houston and Katy area since 1992.

Dr. Hale is a Board Certified Diplomate of the American Board of Periodontology and a Fellow of the Academy of General Dentistry.  He is a member of all relevant professional associations, including:

Dedicated to providing you with the best care available, Dr. Hale continually advances his practice through continued education.  He attended the Institute for Advanced Laser Dentistry, a well-known leader periodontal laser training.  He has implemented LANAP laser care as well as other cutting-edge technologies into his practice.

Dr. Hale is a retired Colonel in the US Army Reserve.  He resides in the Katy area with his wife, Vanessa, and has two adult children.